WHAT IS SUSTAINABLE DEVELOPMENT ?
Sustainable Development is the development that meets the needs of the present without compromising the ability of the future generations to meet their own needs.
PHRASE =  ” We do not inherit this Earth from our ancestors ,
We have borrowed it from our children “
So in short , sustainable development usually means that we should save resources for our future.
Some of the examples of these resources which we should save are : –

Basically we need to save the non – renewable energy resources.

I am saying this because these resources are limited for our use.

So we must use renewable energy.

This is because they are unlimited in use.

Some of the examples of renewable energy are as follows : –

This will also ensure less pollution and global warming. 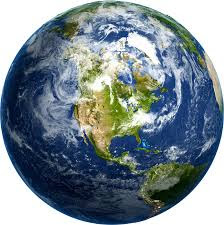 WHAT ARE THE GOALS OF SUSTAINABLE DEVELOPMENT ?
Sustainable development goals are essential to protect our present and future.
Well some of the goals are as follows : –

Advantages and Disadvantages of Solar Energy

How whales can help us to fight climate change ?