# OCEAN
An ocean is a massive body of saline water that is present in the highest quantity on Earth.

In actual there is only one single connected ocean.

The different types of oceans are :

WHAT IS OCEAN ACIDIFICATION ?

Ocean Acidification is reduction in the PH of ocean .
It is caused primarily by uptake of CO2 from the atmosphere. 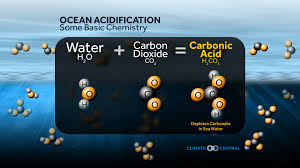 # NOTE
Ocean acidification is mainly due to our : –

The ocean absorbs more than 25% of the carbon we deposit in the atmosphere .

WHY OCEAN IS GETTING ACIDIC ?

The ocean is getting much more acidic than before due to : –

The rate of ocean acidification is about : –

100 times greater than that experienced by marine ecosystems millions of years ago.

Since the beginning of Industrialization : –

If we continue to burn more and more fossil fuels and place more carbon into the atmosphere then : –

According to a recent report : –

150% more acidic which oceans have not experienced for more than 20 million years.

As the ocean acidifies, some organisms adapt but some do not.

Even a small change in acidity level of water can have harmful effects on marine life , affecting : –

# IMPACT OF OCEAN ACIDIFICATION
The impacts observed are  : –

WHAT ARE THE MAJOR THREATS TO THE OCEAN ?
The major threats to ocean are : –

WHAT IS THE STATE OF GLOBAL OCEAN ?
The world ocean assessment examined the state of oceans and the ways in which human benefits from it.

It studied the following human pressures on the ocean : –

Inputs to the ocean such as : – 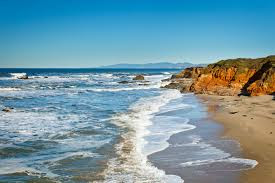 # CONSERVE THE OCEAN
The ocean can be conserved by  : –

” WATER WATER EVERYWHERE BUT NOT A DROP TO DRINK,

This forester is cutting trees without damaging the jungle

Bitcoin is a threat to the environment