WHAT IS GREENHOUSE GAS  ?

A Greenhouse gas ( GHG ) is a gas in an atmosphere that absorbs and emits radiation within the thermal infrared range.
Many chemical compounds present in Earth’s atmosphere acts as ‘ greenhouse gases ‘.
These are gases which allow direct sunlight to reach the Earth’s surface.
WHAT DOES GREENHOUSE GAS LEADS TO ?
When more greenhouse gas reaches the atmosphere : –

We are emitting more and more GHG’s ( Greenhouse Gas ) since the beginning of the Industrial revolution.

# SOURCES AND CAUSES
The sources and causes of Greenhouse gas effect are  : –

These are some of the primary causes for the increase of GHG’s in the atmosphere.

Other Greenhouse gases found in the atmosphere are : 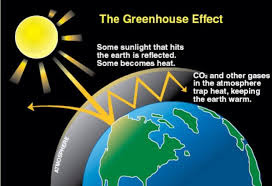 The main Greenhouse Gases are :

# CARBON DIOXIDE
Carbon dioxide enters the atmosphere through burning of : –

Methane is emitted during the production and transport of coal ,natural gas and oil.

Methane has tiny proportion in the atmosphere but has higher warming potential.

Nitrous Oxide is emitted during : –

# F-GASES
‘ F-Gases ‘ are a family of man made gases used in a range of industrial applications.

This is because they do not damage the atmospheric ozone layer.

WHY DO WE FOCUS ON CO2 EMISSIONS ?

There are 2 main reasons why CO2 gets all the attention : –

The emissions today we release from : –

The major advantage for the presence of CO2 in the atmosphere is that :

‘ Greenhouse Gases causes global warming but their absence will make the Earth cold due to which survival is not possible so CO2 is somehow important for us.

HOW DOES AGRICULTURE CONTRIBUTE TO GHG EMISSIONS ?

Hyperloop and its advantages