Skip to content
Hi everyone ! This article completely tells you about ” What is climate change ?”.
But before you start reading i am recommending you all to go through with this post first of all so that you can get an idea on Climate Change.
Please go through with this link first in order to grab more information :
https://environoworld.com/2018/08/climate-change/
Therefore let’s get started.
WHAT IS CLIMATE CHANGE ?
Climate change simply means change in weather conditions in a particular area for long period of time.
# REMEMBER
Climate change is common since beginning of the Earth.
It has increased its limits since the Industrial revolution due to human activities.
WHY CLIMATE CHANGE IS IMPORTANT ?
It is important because : –

Climatic conditions in a particular area raises its importance through the following : –

It can maintain the different cycles of earth like the : –

Climate change can maintain the : –

Climate change is occurring since the Beginning of the Earth.

From the last 2 centuries , it is increasing at a very high rate and the main cause is our human activities.

Climate Change got its wing of destruction in the early 1850 i.e the Industrialization which caused severe affect on our environment and also on our health.

INFLUENCE OF CLIMATE CHANGE ON HUMANS

It is normal since the beginning of Earth but it also impacts us in many ways.

After the Industrialization , we are badly affected by it.

This is due to our human activities because we do not care for our nature and we exploit a lot of our resources.

HOW CLIMATE CHANGE INFLUENCES US ?

It influences us in many ways and some of them are : –

HOW GHG’S AFFECTS OUR CLIMATE ?

GHG’S i.e greenhouse gases affects our atmosphere in very significant manner.
When we release gases from the Industries they directly get accumulated in the atmosphere and traps the heat.
The higher the percentage of GHG in the atmosphere : –
Some of the UV rays gets reflected back in the atmosphere.
Some reaches the Earth’s surface leading to Global warming. 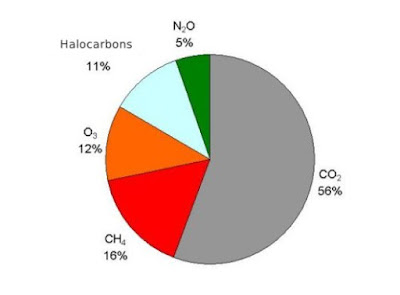 WHY CLIMATE CHANGE IS IMPORTANT ?

It is important because : –

If you want to know a lot more on this topic then visit this blog post.
https://environoworld.com/2019/06/climate-change/

This Dutch farm grows food with no soil and zero pesticides